Home > Beware of these Transmission and ECU faults 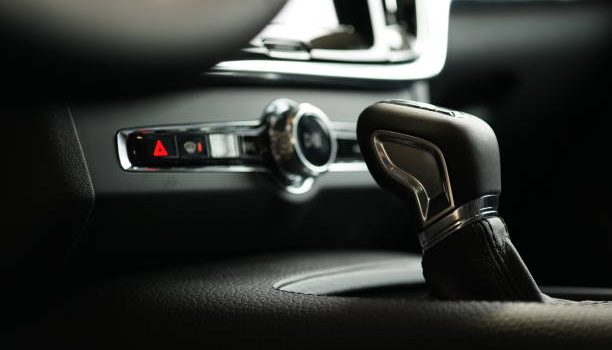 Both the automatic transmission and ECU are complex components with complex functions, but due to different reasons. An automatic transmission is mechanically complex, having multiple components that interact with each other that work like a Swiss clock. On the other hand, the ECU is very electronically complex, practically tying everything together and making the car’s components work in unison. If something is wrong with the ECU, you can fully expect the whole car to feel off and not work properly. Whatever the fault may be, we at UpFix will fix the faulty component or replace it with better and newer components or reused components that had all the necessary upgrades to fix the original fault. The reuse of older components while upgrading them is UpFix’s eco-friendly strategy by returning perfectly fine components into the car’s life cycle with new purpose and performance. But to fix the problem, we first have to identify the said problem, so let’s look into it, shall we?

When looking at the ECU, many faults could plague the little guy or so many false-positive. It is a whole mess trying to diagnose a faulty ECU. Seeing how the ECU is linked to many other sensors, a faulty sensor can throw the whole system on fritz. But firstly, let’s break down what an ECU is.

WHAT IS AN ECU?

The Engine Control Unit or ECU has the job of, obviously, controlling the engine. It tells the injectors when to fill the ignition chamber with fuel, and it tells them how much fuel they should spray. It also controls the ignition timing by controlling the spark if we’re talking about a gasoline engine. The ECU knows this information based on many sensors, such as a sensor measuring air flow (either mass air flow sensor or a manifold pressure sensor), oxygen sensors, knock sensors, rotation speed sensors and many more. As such, if any of these sensors goes bad, the car will run poorly. But we are looking at how the transmission ties in with the ECU. Well, the ECU doesn’t specifically control the transmission. The ECU controls the engine.
The electronic module that controls the transmission is called the TCU, or Transmission Control Unit. The TCU needs its bunch of sensors, but it also sends information to the ECU or commands the ECU to cut power. The TCU sends this command to the ECU because any transmission should disengage to shift gears for smooth shifts. If the ECU keeps revving the engine while the TCU tries to shift, you can expect rough and forced shifts, all while asking for a damaged transmission.

HOW DO I DIAGNOSE A BAD ECU?

To diagnose a bad ECU, the only way possible is by using an OBD2 scan tool. The ECU is all electrical; as such, you can only find out its faults by connecting to an OBD2 scan tool. ECU faults are usually major; if the car still starts and runs, consider yourself lucky. Don’t expect to look for the ECU and see if it’s fried; you won’t notice anything. By scanning it, we here at UpFix can check what’s wrong with the unit and replace the unit with an upgrade if it needs replacing or fixing the issue that is causing so many faults. If you want to tell if the ECU is probably at fault, there are a few points you should look out for, such as:

Hopefully, the ECU is fine, and only a sensor is damaged, but even if that’s not the case, here at UpFix, we will repair and replace the unit as cheap as we can and make sure the fix survives for years to come. If the car doesn’t start at all, then diagnosing it would be somewhat tough, but overall, we will manage it together.

UNDERSTANDING TRANSMISSION AND WHAT COULD GO WRONG WITH IT

When talking about transmission, many things could go wrong, from bad shifts and leaks to missing gears and poor acceleration. The reasons are numerous, both mechanical and electrical. Thankfully, you can at least identify the problem by testing, so you know what to look out for while also ruling out whether or not the fault is electrical.

A bad TCU causes electrical faults. The TCU looks after wheel speed, engine RPM, throttle input, engine load, and others by using sensors. Based on those sensors, the TCU chooses the best gear. Granted that sensor is bad, then you can expect poor or mistimed shifts. If the sensed wheel speed is slower than it is, you can expect poor acceleration because the engine is constantly under-revved. If the throttle input sensor is bad, the transmission might think that you plan on overtaking someone when you’re just cruising along and downshifts in the process. A bad TCU can also lock out certain gears. The TCU shifts gears by actuating a solenoid which changes said gears. If the TCU is faulty, then it can lose a connection to said solenoid due to a myriad of cases. No connection, no said gear can be engaged.

To properly diagnose a TCU, you sadly need to go to a mechanic, who will again hook up an OBD2 scan tool. The mechanic will check what each sensor says, what the TCU does, drive the car around a bit while looking at data. Once this is done, they will interpret said data to find an issue. If the TCU is bad, then it will probably be replaced. If a sensor is bad, then the sensor will be replaced. Here at UpFix, we will do all that for you without asking for a premium while also choosing new parts that will prevent the issue from happening again in the future.
When looking at mechanical faults, you can rule out a few possibilities by driving and checking around, even if you aren’t particularly mechanically savvy. By testing for these faults, you can at the very least understand what’s going on and when the said issue is manifesting itself.

A missing gear can be tested by just driving and analyzing when that gear is skipped. A skipped gear manifests itself by shifting regularly, but the next gear has very poor acceleration while also hearing that the engine is under-revved. If the first gear is missing, then the car will have a really slow start, slower than it should, while also overheating badly if you’re staying in traffic. The said gear can be tested out based on load and conditions. If you always start slow, then the 1st gear is missing. Now If you have good acceleration briefly while starting followed by a complete slowdown, then 2nd gear is missing. If you notice that the car doesn’t want to pull away at some speed, then a higher gear is missing. You can tell what gear is missing based on the speed (you won’t have 50 mph in 2nd gear). If you find this out, you can come here at UpFix and tell us the exact problem: “My car doesn’t use 2nd gear”. Why is this happening? A bad solenoid could be an issue, which can’t engage the said gear. A bad TCU could be an issue because it can’t actuate the solenoid. If the transmission is badly damaged, the said gear could be too damaged to mesh and engage. Debris could block the gear from engaging. These are stuff that only a mechanic can check by looking inside the transmission.

The shifter itself could be damaged or misaligned. The cable could be broken if it doesn’t shift at all. It could also just be loose and misalign the whole shifting mechanism (ex. you put it into drive, but it isn’t tense enough to pull the whole transmission into drive, as such, it only pulls it in Neutral). A solenoid could be bad, meaning it can’t engage that specific operation at all.

Shuddering can happen due to a variety of reasons which can’t be tested and really shouldn’t be tested. If your car shudders, visit a mechanic as soon as possible because extreme vibrations aren’t normal, and they damage your car heavily.

A leaking transmission can lead to bigger issues down the road. Leaks indicate a lack of transmission fluid, which, as seen before, can cause a myriad of issues. The leak comes from a bad seal or gasket. If that’s the case, the seal will need to be replaced by seeing where it leaks; you can tell where the seal is bad or get a rough estimate anyway.

A “Check Engine” light can also indicate a transmission problem. The TCU found a fault, and it reports it to you. It will probably be accompanied by strange behavior. Your best bet is to go to a mechanic.

As you see, many issues can happen to an automatic transmission or ECU. However, we here at UpFix will resolve all those problems with you and for you, ensuring you, they won’t happen again. We guarantee your satisfaction, and to prove this point further, if something were to happen or you are not satisfied with the repair, you can get your money back guaranteed.